In the United Kingdom, bingo is a huge part of their culture. In fact, bingo is so popular in the UK that there are nearly 700 licensed and operating UK bingo clubs that employ well over 20,000 people. These 700 bingo halls and 20,000 staff members service over 3 million UK bingo players annually. To the English, bingo is among the top leisure time activities. Roughly 8% of the UK population plays bingo. Of which, 1% play bingo in both UK bingo clubs and at UK online bingo sites. The Internet bingo rooms are trying to leverage the popularity of bingo in the UK by advertising on television using catchy television commercials in an effort to convert the masses to playing bingo on the Internet. 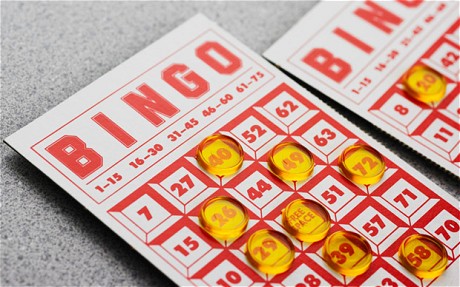 Of the 700 UK bingo clubs, three companies own the majority of these bingo halls. Gala Club, Mecca Club, and the Palace Bingo Clubs are amongst the giants in the live UK bingo world. Of the big three, Gala Bingo possesses the largest market share, as 40% of the admissions to UK bingo clubs run through Gala’s gates. Gala Bingo operates 170 of the UK bingo clubs and they offer free memberships. Players must be a member at a Gala Bingo club in order to play there. In addition to operating live bingo games, Gala Bingo is one of the bigger UK online bingo game operators as well. It was a natural evolutionary path for Gala Bingo to take advantage of their large, targeted customer base and provide online bingo games to Internet bingo players.

Mecca Bingo has followed a path similar to that of Gala Bingo. Mecca Bingo is owned by Rank Group, PLC and they operate 103 UK bingo clubs under the Mecca Bingo name. Additionally, Rank Group owns and operates Grosvenor Casinos, who provide bingo games in addition to casino games, slots, and keno. In addition to having a presence in the United Kingdom, Rank Group owns casino properties in both Spain and Belgium. Mecca Bingo Clubs first opened their doors in 1961 and possess a membership base of nearly 1 million members, while employing over 3,700 staff. In 2009, Mecca Bingo Clubs brought in around £233 million in revenue from the operations of their clubs and bingo games.

Rank Interactive is the Internet arm of the Rank Group. In addition to UK online bingo site Mecca bingo.com, Rank Interactive runs a casino site and a sports betting website. Their primary Internet marketplace, however, is UK online bingo, as bingo in the UK is the largest portion of their revenue stream, as well as the largest area where they have active members. Thus, it makes sense to focus on primarily providing Internet bingo to their UK members.

UK online bingo sites such as Costa Bingo, Foxy Bingo, Tombola Bingo, and Posh Bingo regularly run TV ads targeted towards making Internet players out of those who are already playing live bingo in the UK clubs. Many of these Internet bingo sites offer special promotions designed to make playing bingo at their UK online bingo sites too good to pass up.

In the UK, live bingo is amongst the most popular social and leisure activities. UK online bingo sites are attempting to penetrate this rich marketplace and the live UK bingo clubs are evolving so that they offer Internet bingo in addition to live bingo games. With almost one-tenth the population playing bingo on a hobby level basis, it makes complete sense for UK online bingo sites to attempt to convert these live bingo players into Internet bingo players as well.