Superhero-themed video slots are usually based on Marvel and DC Comics characters that had a towering influence over entertainment worldwide. Some of the largest online casino software providers managed to get their hands on massive contracts with the biggest names in the comic book industry. Superheroes became a huge inspiration for slot developers and there is no doubt that these slots usually achieve the biggest popularity.

Faced with the vast choice of online slot games based on this popular yet intriguing theme, we hereby present 9 of the most popular slots that will thrill even the pickiest of players out there. So, if you are a true superhero fan, you should keep on reading because you will certainly find something that will appeal to your refined gaming taste.  However, if you need more info about any of the below mentioned slot games you can look for more details on each of them by reading casino reviews written based on thorough research done by the experts in this field. Most popular casinos sites will have these games on offer for their players and you can find sites like those listed here. 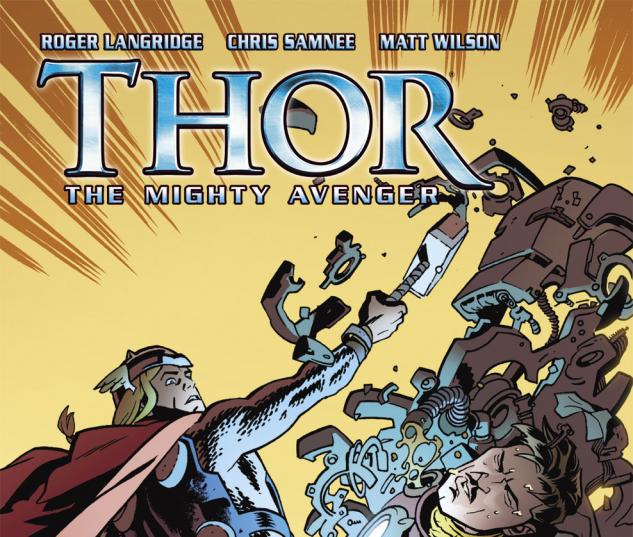 Thor is the Norse god of Thunder, and he was the inspiration for the Marvel Comics superhero character. Hit the reels of this interesting slot powered by Playtech, and travel to Asgard with the god of Thunder. The slot plays over 5 reels and 30 pay-lines and will take you on the exciting journey. Expanding Wilds, freezing reels, re-spins and several bonus features await you on this journey, as well as one massive multi-level progressive jackpot.

Batman is one of the most popular DC Comics characters who had first been transfused into a smashing blockbuster hit movie, and later into even more popular video slot game. This slot is powered by the Microgaming software and offers some exquisite animations and innovative features that will provide you with many hours of fun. This fun video slot game offers you 243 ways of to win and has a big payout potential. Free spins, rolling reels and an extra wild blast are just a few things of many that this video slot can offer to you.

Iron Man is another popular Marvel character who was used as inspiration for Playtech software developers. No resources were spared on the creation of this slot which can clearly be seen from the first-rate graphics. The slot is rife with potential big wins, and one multi-level progressive jackpot, which is why this slot deserves its place on this list. Moreover, the slot has 25 pay-lines, and is filled with stacked Wilds, electrifying animations, free spins, multipliers and a generous bonus round. 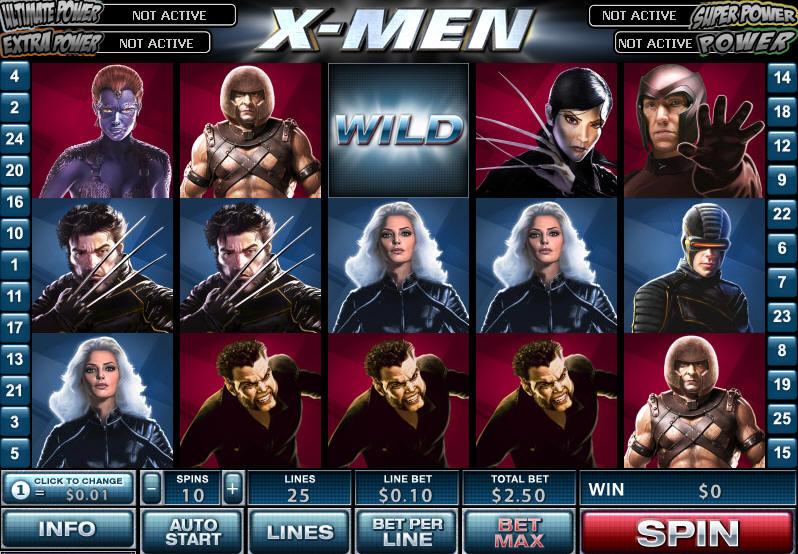 X-Men are another popular superhero comics theme that inspired Playtech to make a great video slot. The slot plays over 5 reels and 25 pay-lines and contains several high-paying symbols, interesting gameplay, and some interesting features. This is a progressive video slot which means it offers one huge progressive jackpot. Free Games in this slot have a Hero and a Villain mode, and there is one X-Feature that can increase your winnings significantly.

Playtech is one of the biggest software developers when it comes to superhero-inspired video slots. Yet another slot they concocted that definitely belongs on this list is Elektra. Elektra is a legendary Marvel female superhero that first made an appearance in Daredevil. This slot comes with 20 pay-lines and a progressive jackpot which has 4 different levels. If you are willing to join her, Elektra will take you on a thrilling adventure filled with expanding wilds, free spins and multipliers.

By now, it’s almost redundant to mention that the software developer for this slot is Playtech as well. The slot features the Marvel Comics character Daredevil created by the infamous Stan Lee. This slot offers plenty of features, much like all the other superhero inspired video slots from this software developer. If you decide to roam the streets of New York alongside Daredevil and join his cause, you will encounter a bunch of free spins and the bulls-eye feature, but don’t be surprised when some of the symbols turn wild randomly. And if you get lucky enough, you can hit a 4 level progressive jackpot. 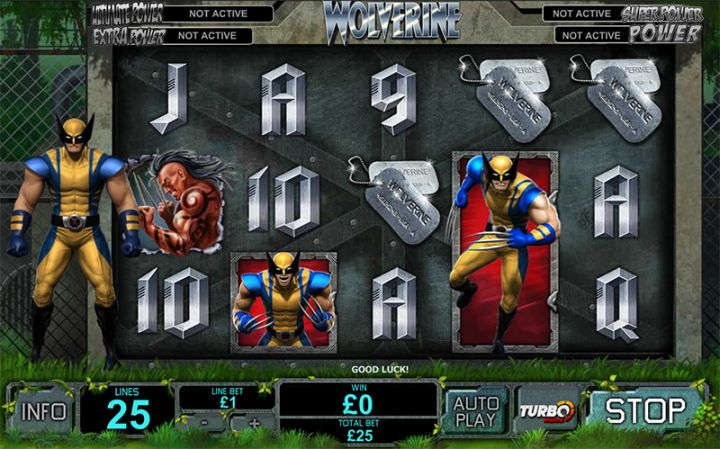 You’ve heard about X-Men, right? Well, Marvel made a sort of spin off from this comic, which revolves around the most famous of the X-Men – Wolverine. Those of you who are true superhero fans need no words to describe Wolverine, the name itself is more than enough. If you decide to become Wolverine’s sidekick you can expect plenty. Besides a progressive jackpot that can be found in all Marvel inspired slots, you will run into stacked symbols, a unique Adamnatium feature, and one awesome Berserker Rage bonus feature.

Blade is yet another Marvel inspired progressive video slot from Playtech. You have to be familiar with the fact that Blade is a vampire-hunting vampire that somehow managed to win everybody’s affection. Prior to crossing paths with the notorious Blade you should know that this slot has 5 reels and 20 pay-lines with a plethora of features and bonus rounds that will keep you riveted to the screens for many hours.

Last but not least in this list of ours is Captain America who is another infamous Marvel Comics character. The story revolves around the legendary Captain America as he tries to battle it out against some evil organizations during World War II.

Join Captain America in this noble cause and you will embark on a journey you will never forget. The First Avenger has 20 pay-lines and offers a progressive jackpot. Collect Super Energy and Shields while trying to win Super Spins and Free Games.

Join these superheroes and relive their adventures with these amazing online slot games, which can be played totally free.